Those of us at UK Sailmakers have been working with sailors and sailing organizations to grow our sport through the development of new forms of racing that are both fun and accessible. Many people have told me that they don’t race more because getting crew is such a problem. Reflecting that statistic, the number of boats competing in doublehanded distance races has been growing over the last decade.

For serval years I have been trying to get a new shorthanded racing series off the ground recognizing that one appeal of shorthanded sailing is that it much easier to pull together a small crew than a large one. Since not every boat is set up to be sailed well with just two people, and because not all sailors want to exert as much energy sailing as doubleheaders, I developed a new handicap crew-size format that straddles doublehanding and fully crewed racing.

I am calling this new series “Plus One” since the crew limit is one more person than the tens digit of the boat’s hull length. Therefore, any boat from 20-29.9 feet will race with three crew, any boat in the 30s will sail with four, and any boat in the 40s sails with five.

To test the theory, I convinced The Storm Trysail Club and the Larchmont Yacht Club to run a Plus One race after the last of the fall regattas on Long Island Sound. Those two clubs are as dedicated to growing the sport as UK Sailmakers so it was an easy sell to get them to host the race. That first race was sailed Sunday, October 21 in a howling, cold northerly. While the race was not the best test of the new shorthanded theory, the inaugural Plus One race turned out to be a great test of heavy air seamanship challenging everyone on each crew to perform at the highest level. 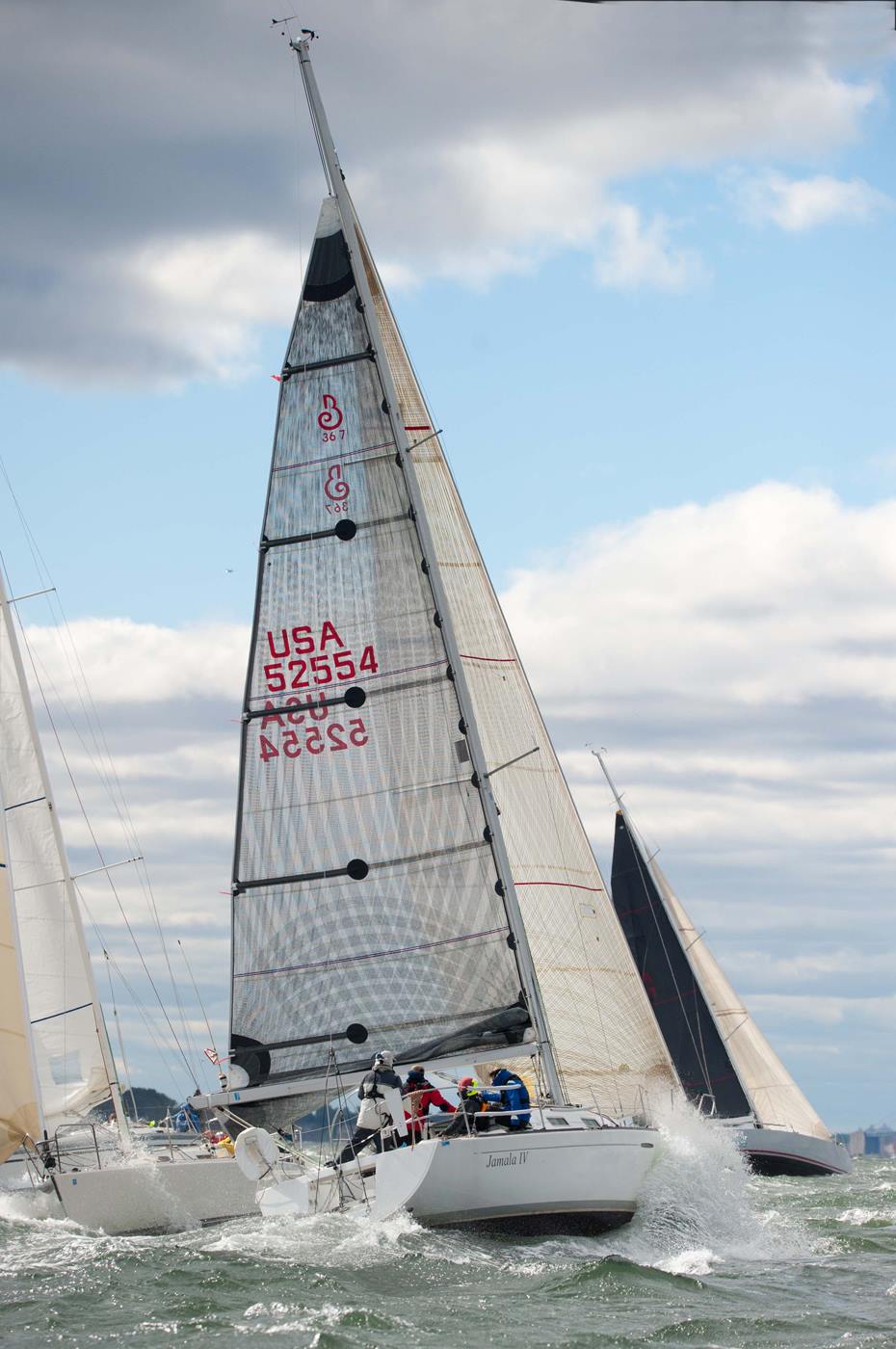 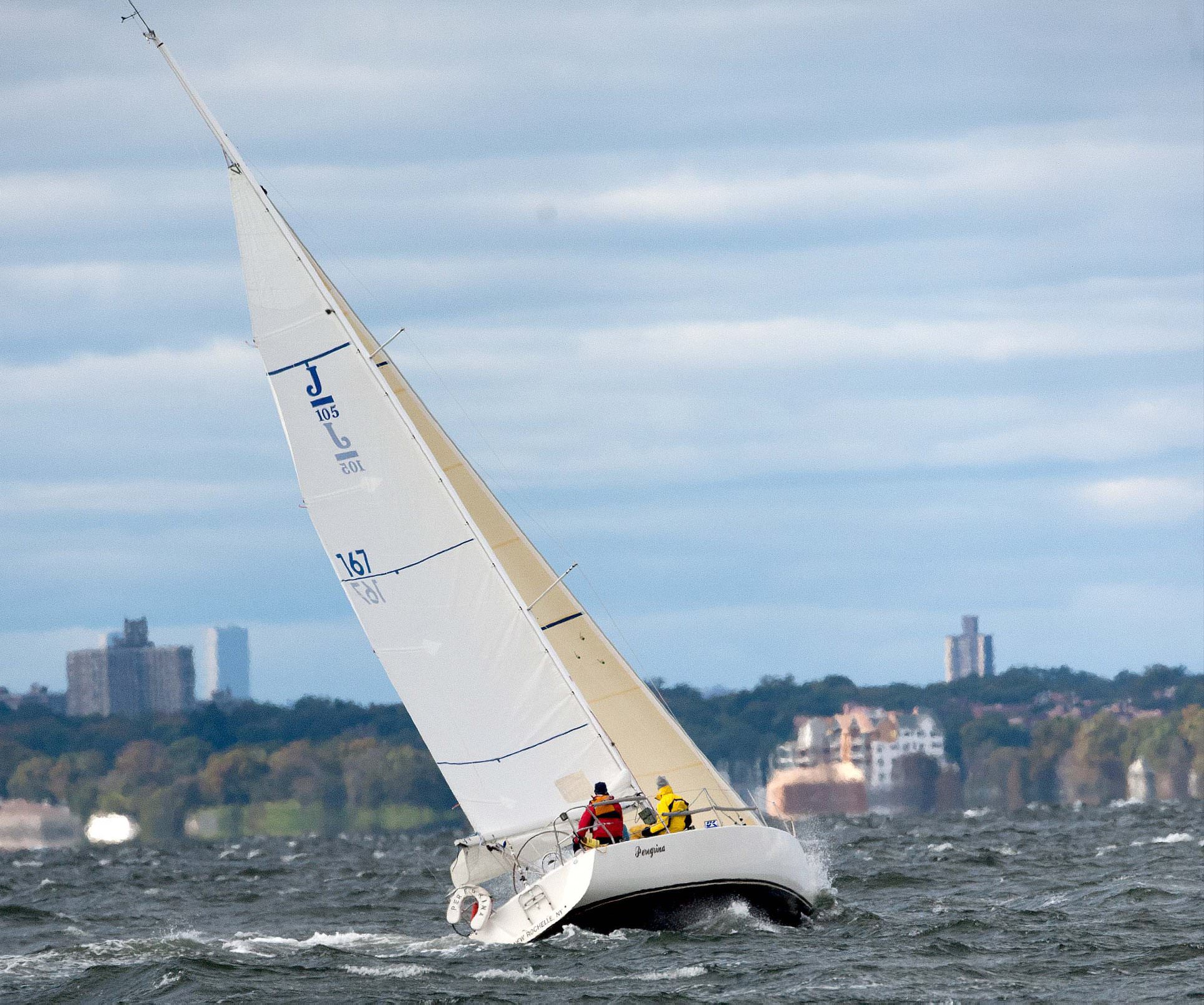 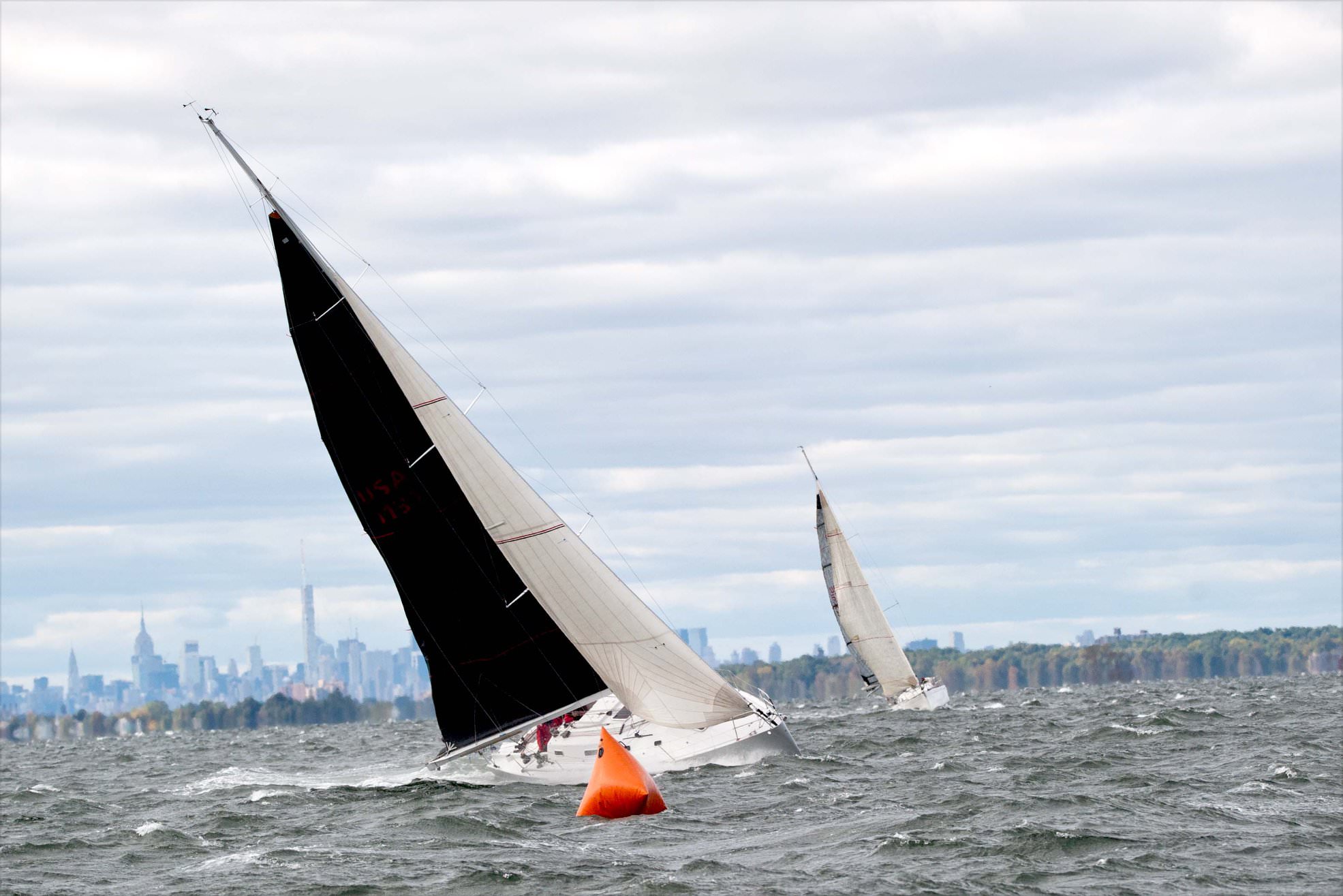 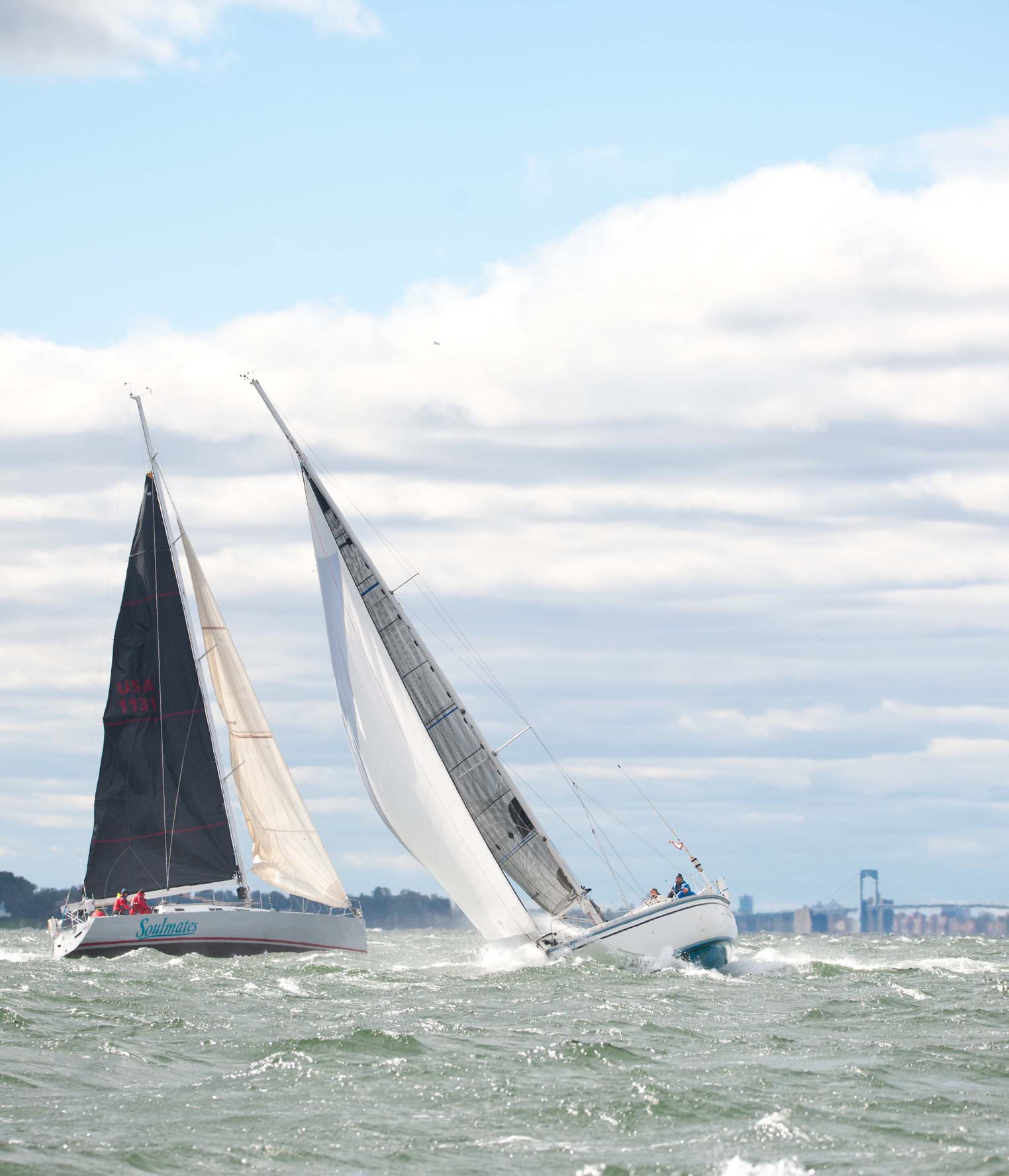 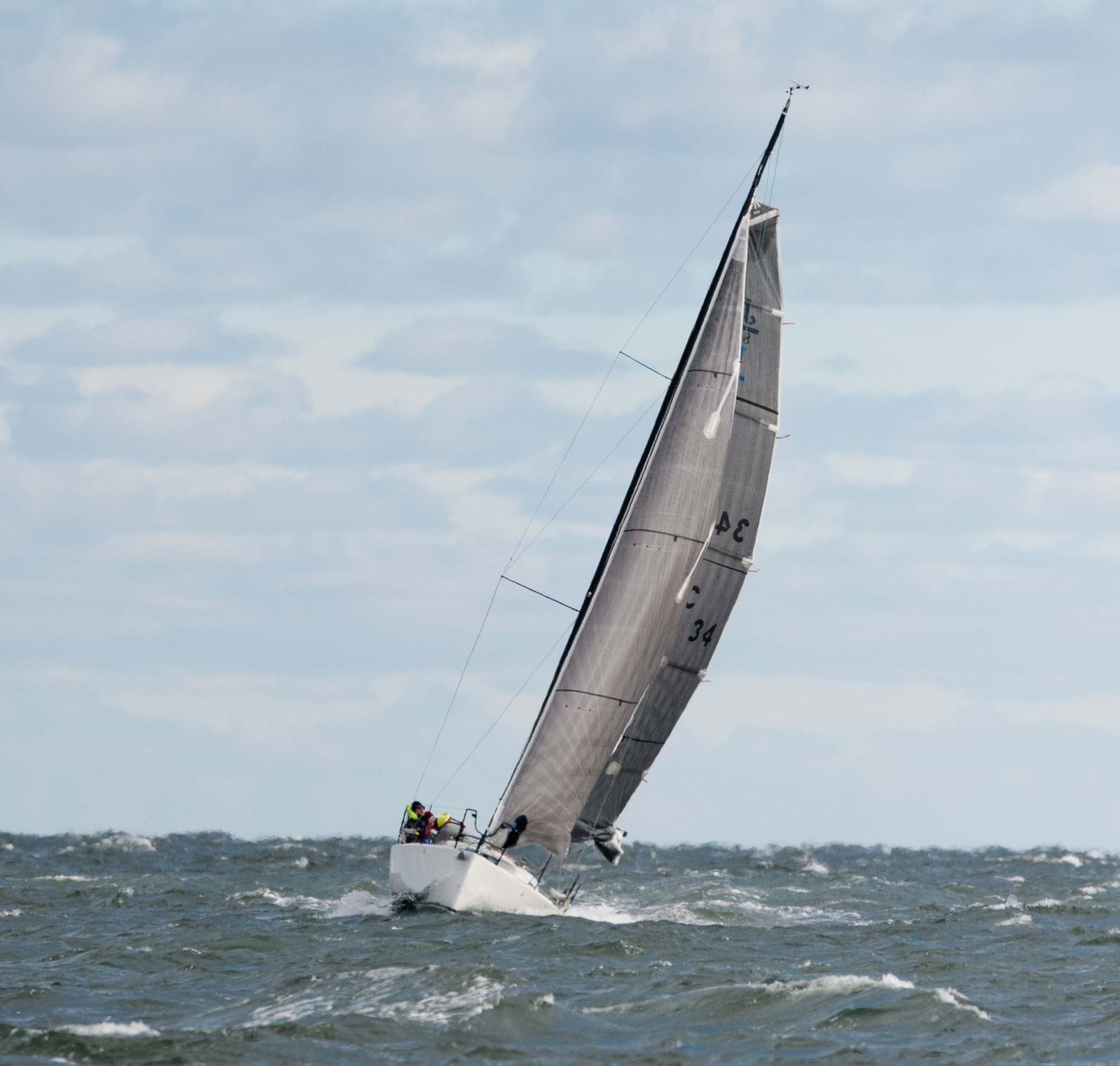 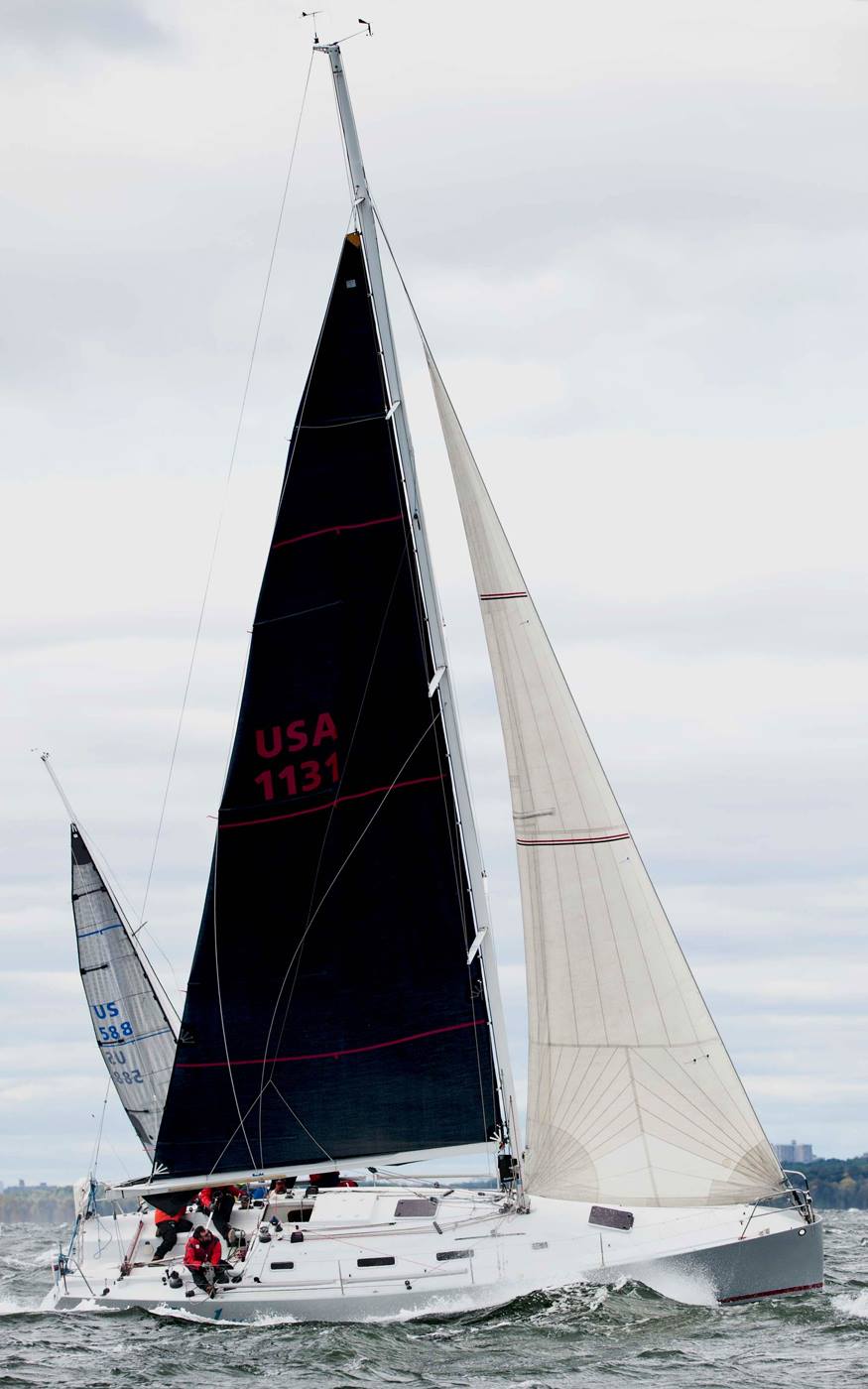 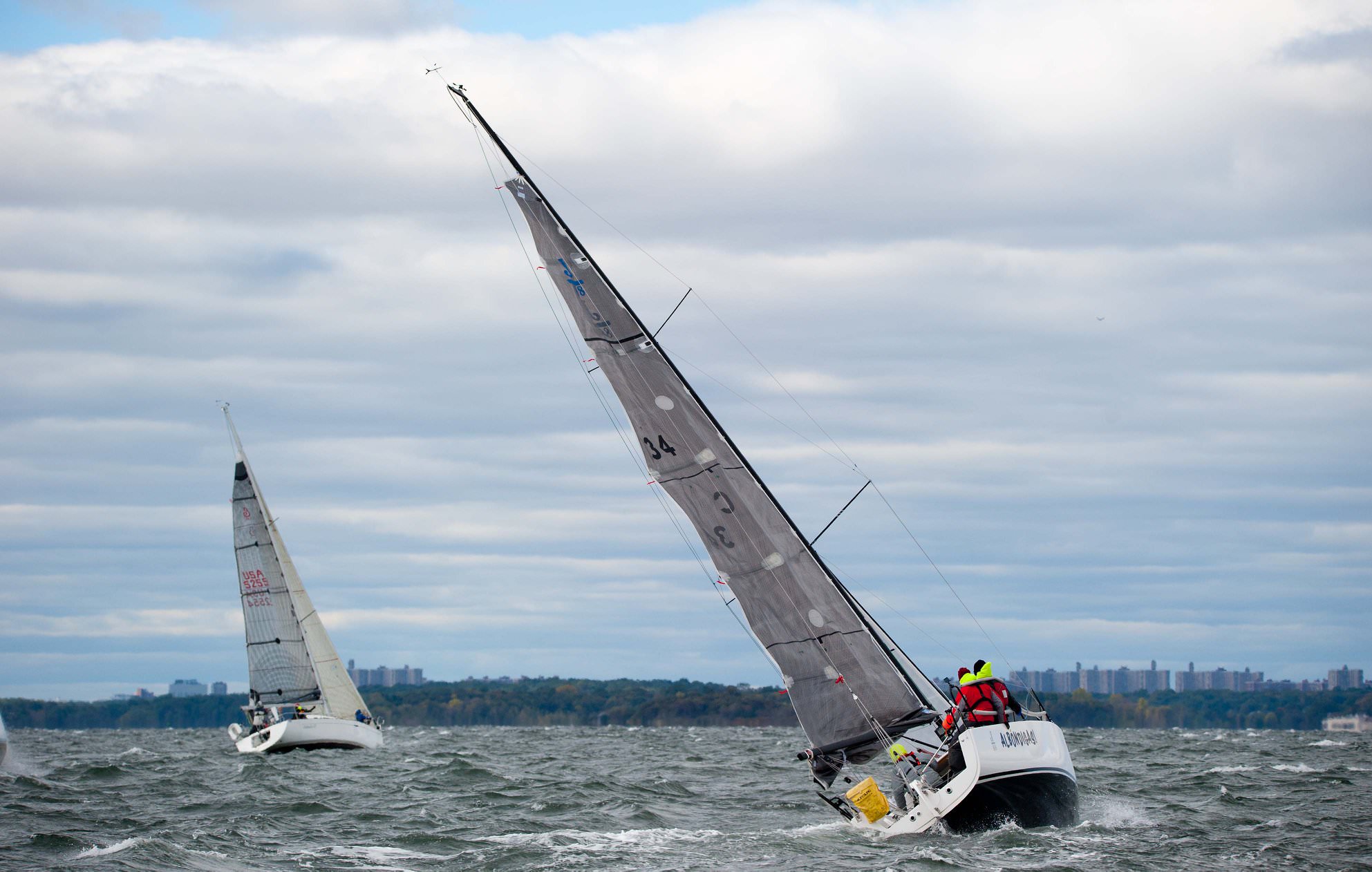 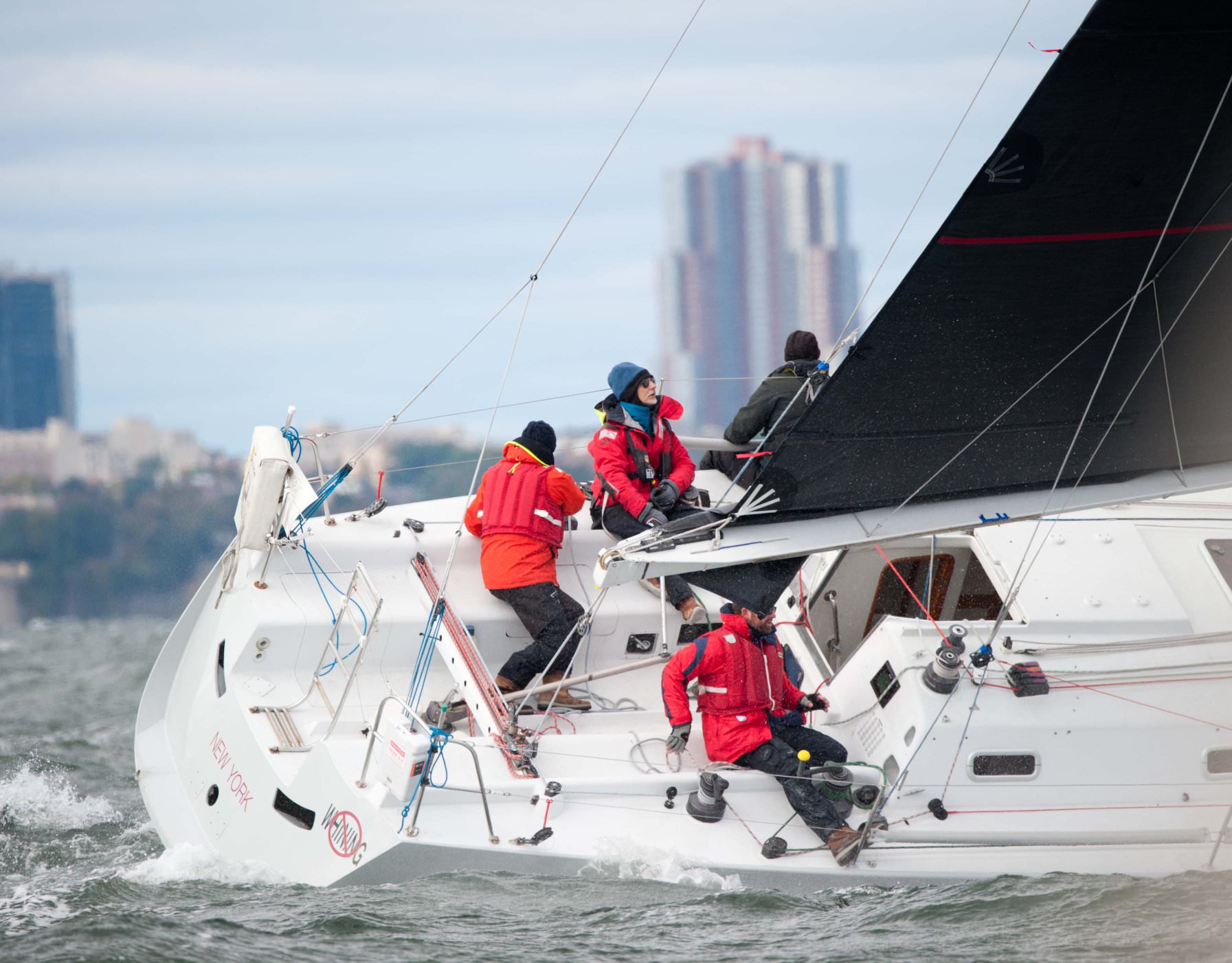 With the wind blowing 21-25 and gusting into the 30s, Nick Langone, The Storm Trysail Club’s PRO, wasn’t sure if he should start the race. Instead of making the call on whether to race, he polled the fleet over the radio and heard a unanimous “we are here to race.” Because no one flew spinnakers or changed jibs during the race, it was not the optimal test of shorthanded crews handling sail changes and spinnakers; but the Plus One teams sailed their boats under reduced canvas in conditions that many full crews normally elect to skip.

Josh Burack sailed his J/105 Peregrina well and crossed the finish line second and finished first on corrected time. Justin Scagnelli sailing the J/88 Albondigas finished third and Alex Helfand’s Hunter 37 Shadowfox finished fourth. Twelve boats registered for the regatta, seven made it to the starting line and six started the race. Only four finished on a sunny day where the wind chill was in the 30s and the winds gusted to the 30s.

The best comment came from Alex Helfand who said, “We saw 35 knots of wind, yet nothing broke; I am very happy. I like the (Plus One) crew format. While we didn’t not get to test flying the spinnaker, a solid crew of four made for a very enjoyable day. There wasn’t one point where I recalled raising my voice; everyone worked well together and had plenty to do.”

What I wanted to show with this race were the benefits of Plus One over double-handed racing. First, not all boats are set-up for competitive double-handed racing. Further, if one of the two double-handed sailors goes overboard, a single-handed MOB retrieval is not within every sailor’s skill set. With Plus One, there are still enough people to manage headsails with luff tapes and spinnakers that are set without a sock. At the same time, because you’re not sailing with the full complement of crew, everyone is more involved with racing the boat-there are no purely “rail meat” crewmembers; everyone has multiple jobs to do so they learn different skills, and the owner has fewer bodies to wrangle before leaving the dock.

Here is a link to a video posted by Hamish Young before his Ben. 36.7 Jamala IV had to drop out due to a blown-out jib.