Part of winning sailboat races is knowing the racing rules of sailing and I’ve learned a lot of lessons in the protest room. It turns out, as in the following case, it’s not only important to know what the rules dictate in terms of actions on the racecourse, but it’s also critical to know how to “execute” the rules.

During the Storm Trysail Club and Larchmont Yacht Club’s 2022 Intercollegiate Offshore Regatta over the past Columbus Day weekend, two boats were sailing upwind while overlapped on port tack. The leeward port tack boat sees a starboard tacker approaching on a converging course. Leeward calls to windward, “There a starboard tack boat approaching,” or words to that effect.

The boat that tacked calls protest and displays her protest flag in belief that the leeward boat had broken rule 20.2 (d): When a hailed boat responds, the hailing boat shall tack as soon as possible.

The two boats ended-up in the protest room. They both described the hail and transactions by the two formerly overlapped port tackers. The protest committee considered the evidence and decided:

The protest was disallowed on the basis of the actual hail made by the leeward boat. The committee’s finding was that the hail made – “There’s a starboard tack boat approaching” – was informative, providing a heads-up to the windward boat whose line of vision may have been blocked by the leeward boat. Leeward did not hail for room to tack. The results of the race stood as originally recorded.

In sailboat racing, as in many aspects of life, clear, concise and accurate communication of a situation and intended actions can make a big difference. This is just another Lesson Learned in the Room. 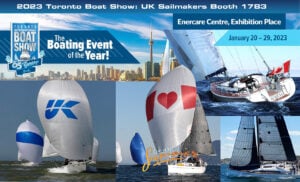